Facts, figures, stories and more: the annual report of the International Family Equality Day 2019 is out now! 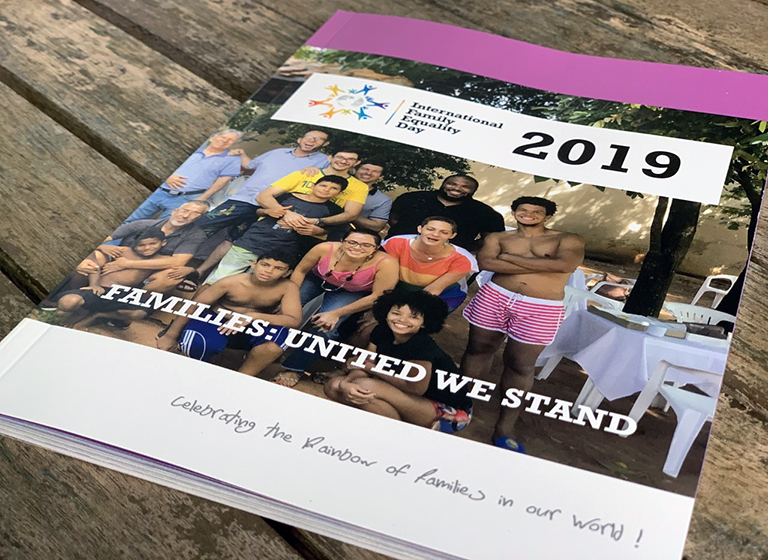 The latest edition of the International Family Equality Day (IFED) was another highlight in the history of this world-wide LGBTIQ* awareness day. Get all the information on this year’s IFED-celebrations and much more in the brand-new annual report.

In its recently-published annual report, the IFED-board gives insight into another memorable commemoration of the International Family Equality Day. Founded seven years ago, this LGBTIQ* empowerment day celebrates the beauty and individuality of all families and draws attention to the situations of LGBTIQ* people across the globe – and it does so in ever growing numbers. While in its first year, 15 cities in 9 countries took part in the IFED-activities, a staggering 117 cities in 50 countries participated last May, breaking the record from 2018. 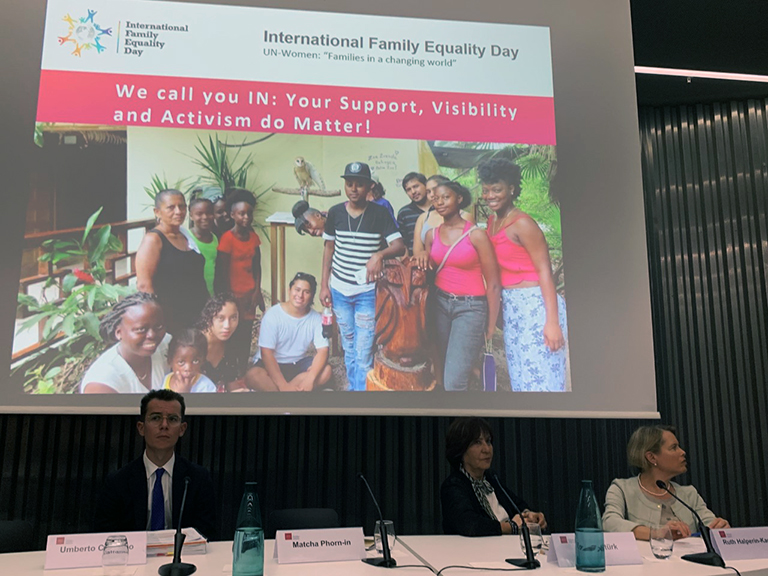 This is a clear and impressive sign of the power and importance of people standing united and fighting together for the legal and societal recognition of every type of family. “The actions of so many individuals, organizations and countries around the world are making the voices heard and the visibility seen of rainbow families”, writes Belize’s former Senator Valerie Woods in the report’s foreword. For her, publications like the IFED annual report are an important part of the efforts aimed at ending discrimination. “They showcase the human stories of rainbow families. This is critically significant, as it demonstrates that rainbow families are productive members of society and shouldn’t be ignored.” 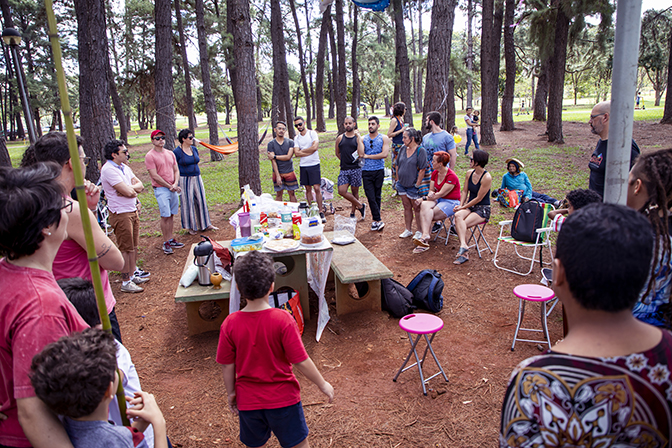 In that sense, the latest IFED publication is a rich collection and source of information on the expanding and colorful IFED family and their various activities. In several country reports, readers learn about the IFED celebrations in Australia, Austria, and Germany, Greece, Israel and Japan. Moreover, best-practice reports from Argentina, Canada and Switzerland detail the endeavors undertaken by civil organizations and city administrations to end discrimination and promote inclusion and equality. Pamela A. Malewicz, Undersecretary of Human Rights and Cultural Pluralism in the government of Buenos Aires, for example talks about the “expressions that make pride visible” in her city, such as the “Paseo de la Diversidad”, murals, the raising of the rainbow flag or the creation of “La Casa Trans” and “Casa del Orgullo”, where the city government and civil society organizations work jointly to “accompany people at different times of their lives”. 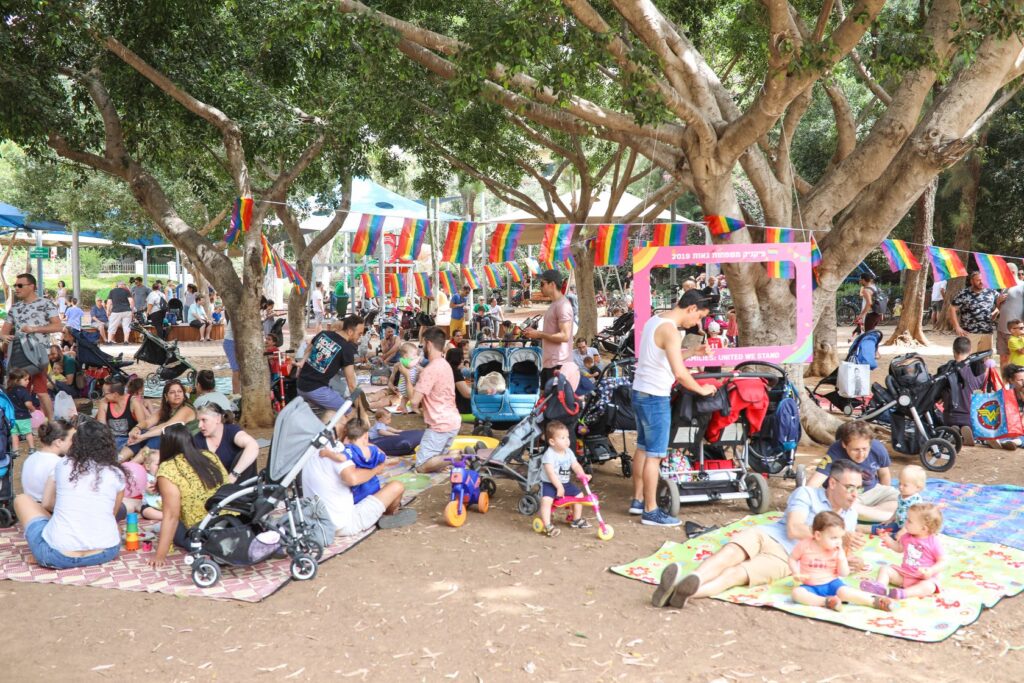 Furthermore, the annual report encompasses an in-depth look into the history of IFED, the NGO behind it as well as the numerous partners, promoters and organizations supporting IFED. Another highlight are the several country features that give account of the current challenges for LGBTIQ* people in general as well as rainbow families in particular in countries such as Croatia, Argentina, Russia, Taiwan and the United Kingdom. And to top it all off, readers find an extensive overview of research on trans parent families as well as same-sex parent families. 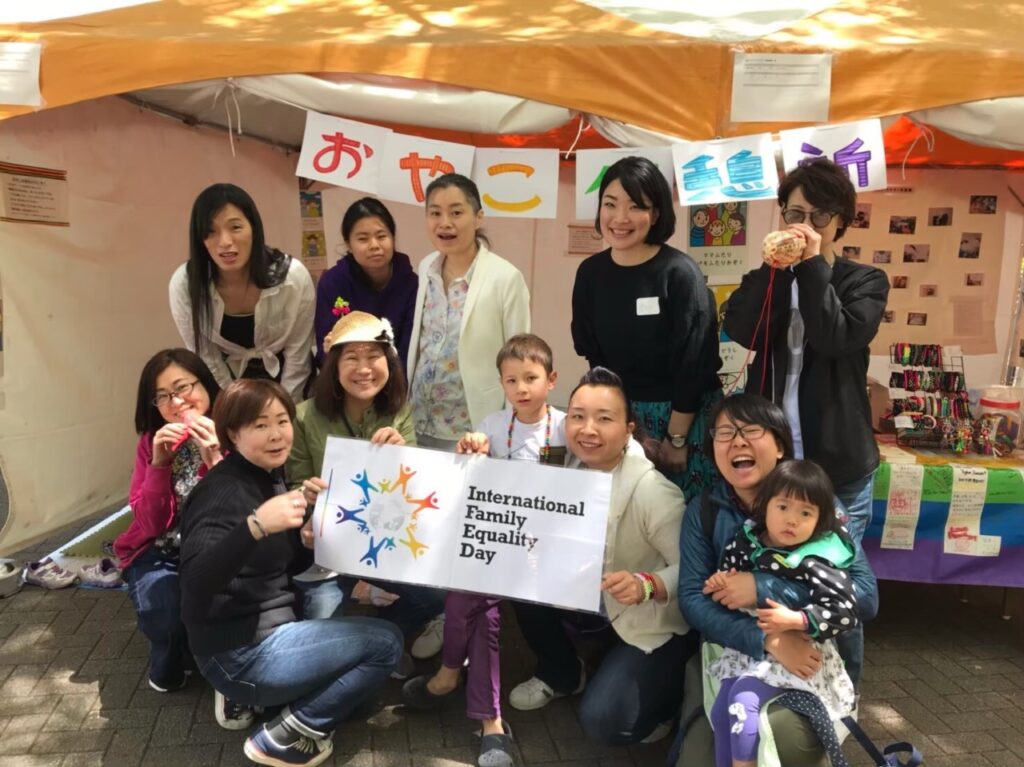 Finally, the report provides an outlook on next year, when the IFED community’s promotion of diversity and its fight for respect and equality continues. On the 3rd of 2020, the 9th edition of the International Family Equality Day will be celebrated under the motto “Family Diversity in Education”. For IFED Co-President Maivon Wahid, diversity in education means that students feel welcomed, valued and connected as well as loved “and having a sense of belonging”, as he writes in the report. Help creating such an environment, join the IFED and celebrate with us! 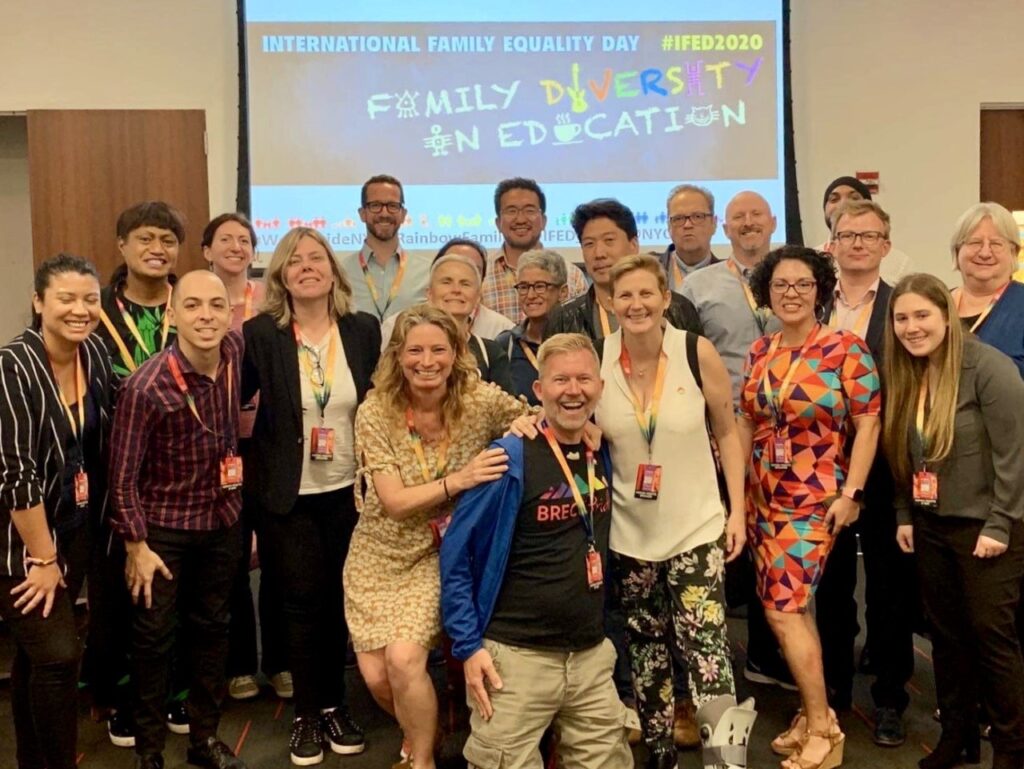 Find all the information you need in the brand-new report and under internationalfamilyequalityday.org.