Maria is a co-founder and General Manager of the Swiss Rainbow Families Association since 2010. Out of her activism for LGBTI families she had the idea to create a special day to celebrate rainbow families all over the world. The International Family Equality Day (IFED) is an official LGBTI awareness day which takes place every first Sunday in May since 2012. The Council of Europe recognises IFED as an important tool to combat homo- and transphobia and to promote a tolerant and cohesive society. Maria is co-founder and board member of the Geneva based NGO “International Family Equality Day” (IFED) and coordinator of the annually published IFED report.

In 2016 she co-founded the European Lesbian* Conference, acted as a board member (12/2017) and contributed extensively to the organization. In 2017 and 2018 she organized the Asia Pacific Rainbow Families Forum in Hongkong in cooperation with Planet Ally.

To her further activities belong the launch of the petition “Equal Opportunities for all Families” in Switzerland which led to the successful implementation of the new step adoption law in 2018. From 2012 to 2014 she actively participated in the EU- Grundtvig learning partnership “Being an LGBT parent as an experience of democracy and active citizenship”.

In 2020 she started to be engaged as Community Coordinator for the SNF-Spark Project: «Capacity Building for Rainbow Families in Switzerland and Beyond»

Academically, the projects seeks to test and evaluate the Community Based Participatory Action Research (CBPAR) approach for rainbow family research. It further aims to understand the needs and resources of rainbow families in the canton of Valais. On a community level, the project seeks to develop and disseminate an instructional toolkit. This toolkit aims to empower LGBT families in Switzerland, Europe and beyond, to control, design and conduct research about their situation, to disseminate the results to relevant stakeholders, and to build local communities and partnerships that can push for social transformation.

From 2021 she co-chaired the Marriage for All campaign in Switzerland together with former National Councilor Daniel Stolz. Which was accepted by the population with 64.1 %. New York Times coverage.

Maria has a strong focus on community building, strategic planning, networking and digital-communications. 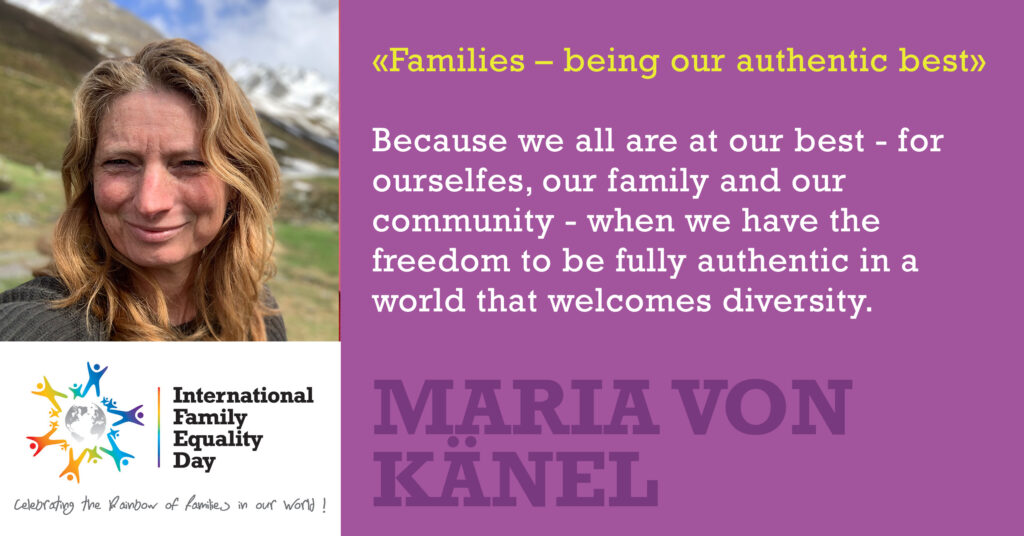