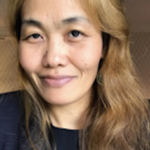 14 years experiences in working as a Founder and Executive Director of Aangsan Anakot Yawachon Development Project (Sangsan Anakot Yawachon Facebook Page) in order to empower more than 3,000 young indigenous people through human right education and provides scholarship supports for more than a thousand indigenous students which nearly 60 of them graduated from many universities and slowly returning home as a change maker, at the ongoing armed conflict area : Thailand – Myanmar – Karen State border.

5 years experiences actively involving with peoples’ movement at the regional platform from diverse constituencies in South East Asia, Asia and the Pacific;

4 years experiences in engaged with UN Mechanism such as UPR, ICCPR, CEDAW, Business and Human Right, Special procedures and Independent Expert in order to addresses human right situation, discrimination and violation that the people from the most marginalised community faced as well as follow up and monitoring of the recommendations through that mechanism.