New NGO – for equal rights for all families 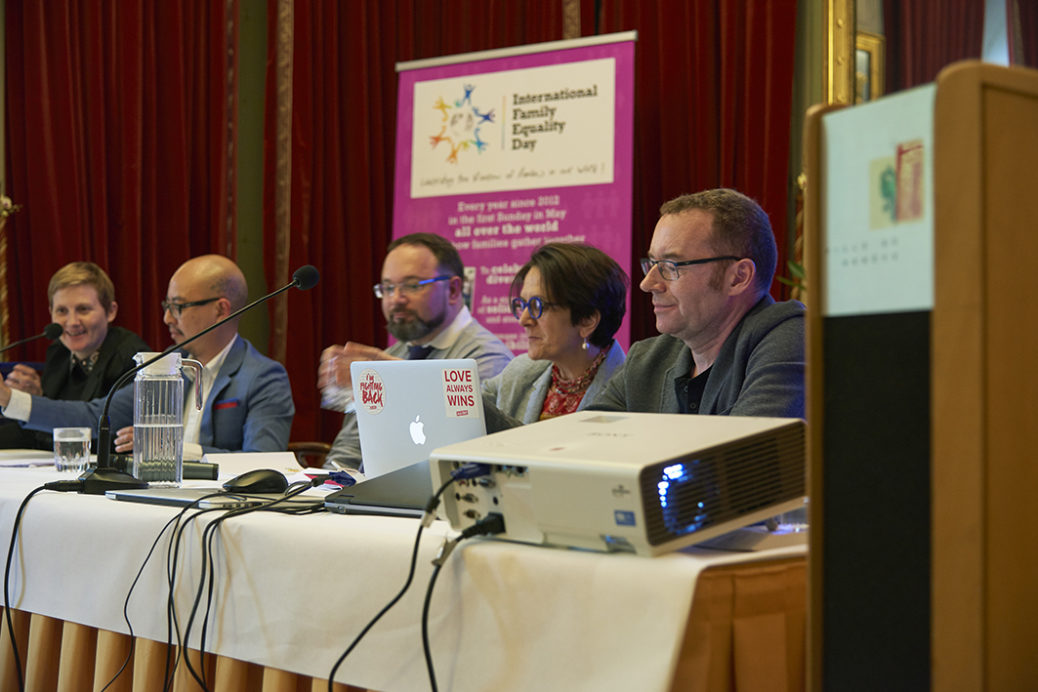 In a successful event hosted by the City of Geneva, the new NGO “International Family Equality Day” was officially launched at the beginning of May.

Each year since 2012, the first Sunday of May marks the celebration of the International Family Equality Day (IFED) – an LGBTIQ-awareness day that honors the beauty of all families as a means to promote equality for everyone. Starting out small, the IFED community has quickly grown into a worldwide movement. In 2017, the IFED was commemorated in 44 countries and over 100 cities. This year, even more countries such as Chile, Taiwan and Fiji joined the IFED-family, with approximately 60 organizations and 600 volunteers being involved.

Taking the next step

“We are very happy with how the IFED has developed”, says IFED-founder Maria von Känel. “It has empowered LGBTIQ-parents and their children across the globe as well as provided opportunities to forge new alliances.” The committee felt that it was now time to take the next step in institutionalizing the IFED and furthering its cause: On May 3rd, the “International Family Equality Day” was founded – a Non-Profit-Organization dedicated to the promotion of the IFED.

The goals of the newly established association are clear. “On one hand, we want to ensure that the IFED remains a neutral event, unbranded, open to everybody”, says Co-President Derricia Castillo-Salazar from Belize. On the other hand, the IFED aims at mobilizing all possible parties – from grassroots organizations to politicians, from volunteers to governmental authorities – so as to increase the scope and diversity of the awareness day. “The greater our visibility, the greater the impact of our ideas and ideals on global public opinion and decision-makers“,Co-President Maivon Wahid explains.

The foundation of the IFED NGO was celebrated in a reception hosted by the City of Geneva. “For many years now, the City of Geneva has been committed to the defense and recognition of rainbow families”, says Vice Mayor Sandrine Salerno, who gave a welcome speech at the event. “As the City of Human Rights, member of the Rainbow Cities Network and ILGA associate member, we are delighted to welcome and work with a new NGO dedicated to LGBT rights.” For Maria von Känel, the creation of the organization is a great success. “Thanks to the new association, it will be easy for cities, organizations as well as individuals to get engaged with IFED. I am convinced that this will help promoting equal rights for rainbow families.”