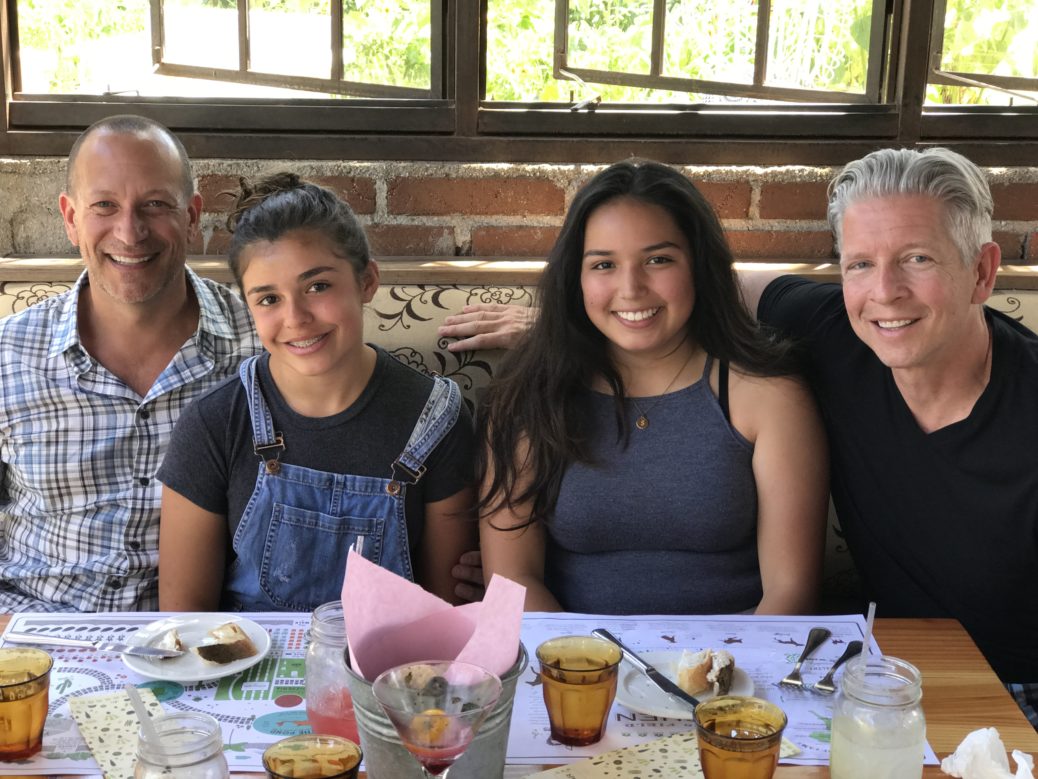 When our daughter Sophia was 10 years old, she came downstairs and announced to her Papi and me that she had written a letter to President Obama. Never did we think this incredibly emotional and authentic expression would change all of us forever. Sophia’s letter, and President Obama’s personal response back to her, was read around the world and landed us not only on The Katie Couric Show and a zillion other news stories, but on the South Lawn of the White House.

It was during Obama’s re-election in 2012, and the subject of gay marriage was of great national debate. Obama came out in favor, and the subject was headed to the Supreme Court. Sophia’s heartfelt letter, the words of a little girl spoken so simply, touched hearts around the world at a time we all needed it most. She asked President Obama what he would do when kids on the playground would say mean things about having two dads. His words of wisdom for our daughters and thousands like them? “…Whether you have two dads or one mom, what matters above all is the love we show for one another”.

We could not have been more proud. Or moved. Or emboldened.

The media attention was overwhelming, but the support we experienced from people across the globe just took our breath away. So much love was expressed by so many strangers, and both Sophia and her sister Ava felt the tremendous support of people throughout the US and around the world – people that we had never met, who sent their love. This love from strangers, friends and family helped our daughters feel accepted, loved and honored. And to this day, all four of us work to make sure that families like ours know their love is our love, and their love is equal.